Congratulations to the MCS cross country team runners on a great season! 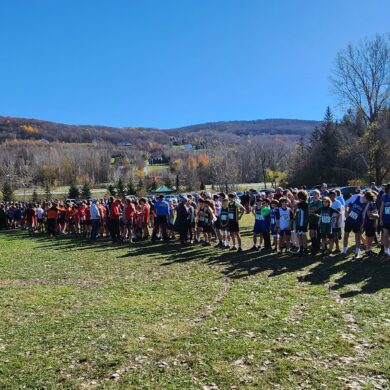 In case you missed the awards ceremony on Sunday, the full results are on the 802timing.com website. Our xc teams did great, placing well against the rest of the state middle school teams. There were 45 schools represented at the VT XC Championships Sunday at Hard’Ack in St. Albans.
There were over 600 runners racing on a fast and slightly muddy cross country course. The girl’s team did an amazing job getting 4th place in the state. Madi Lacy led the entire race as she has all season and had a big lead with 2 other runners that pulled away from the rest of the field. It was a very close finish, but she got beat at the finish line to finish 2nd which is amazing considering it was the largest field of the fastest middle school runners for this event ever. Savannah Nelson also ran a great tough race and was the next MCS finisher to finish in the top 10. Ziva Baker was our next finisher and placed in the top 15 for 8th graders in the state. Whitney Butnor, LilyEllen Wilfong Vo both finished as our top 5 scoring runners. Summer Nelson, Clara Zang, and Bea Robinson were next and all helped in a great end of the season team finish. 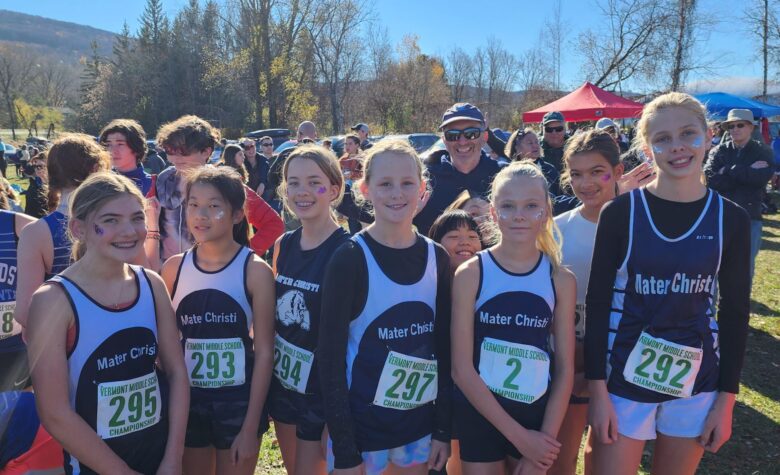 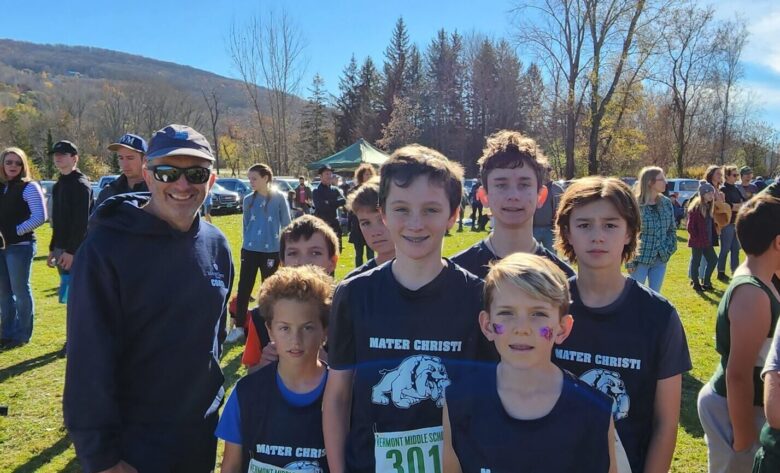 The boys ran in the second race and finished with an 11th place finish. There were many teams all closely matched, and again the scoring came down to the scoring of all the top 5 runners. Asa Jorgenson led the team with a 12th place overall finish and was the top 6th grader. Owen Mancini, William Cunningham, and Walter Morris had great races and came in next close together in a large group. John Loescher, John Beltor, and Max Robinson all helped the team score and had impressive races to finish the year.