The second grade students studied the history of Thanksgiving this month, including some role-playing as either a Native American or a Pilgrim. “Pilgrims went on a ship called the Mayflower and they travelled very far to be at their own home,” said one student. Another student countered: “Native Americans are the reason why the Pilgrims survived.” Students made their own costumes out of paper, and constructed some paper turkeys as well. Many thanks to former teacher, Mrs. Booraem, and her friend Mrs. Morin, who made it all possible. 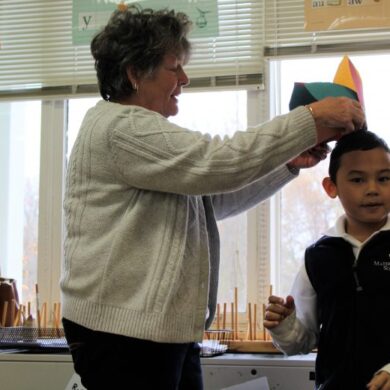 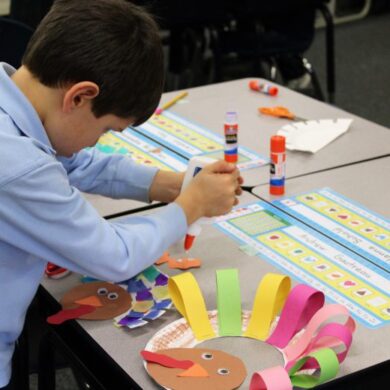 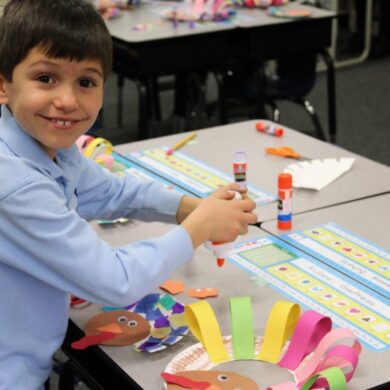 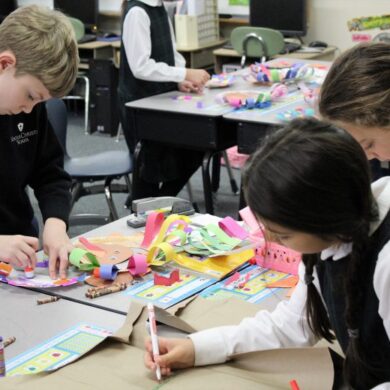 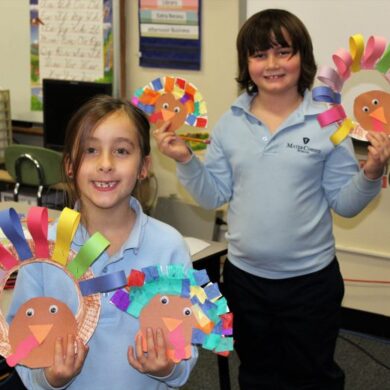 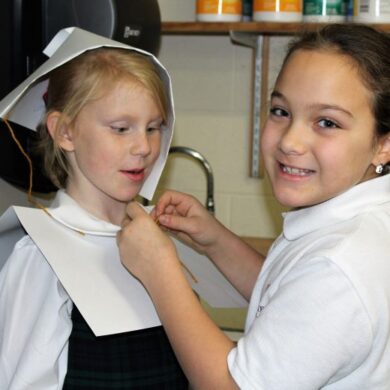 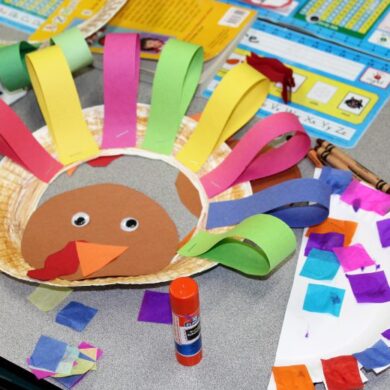 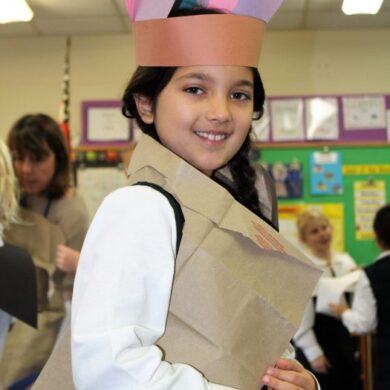 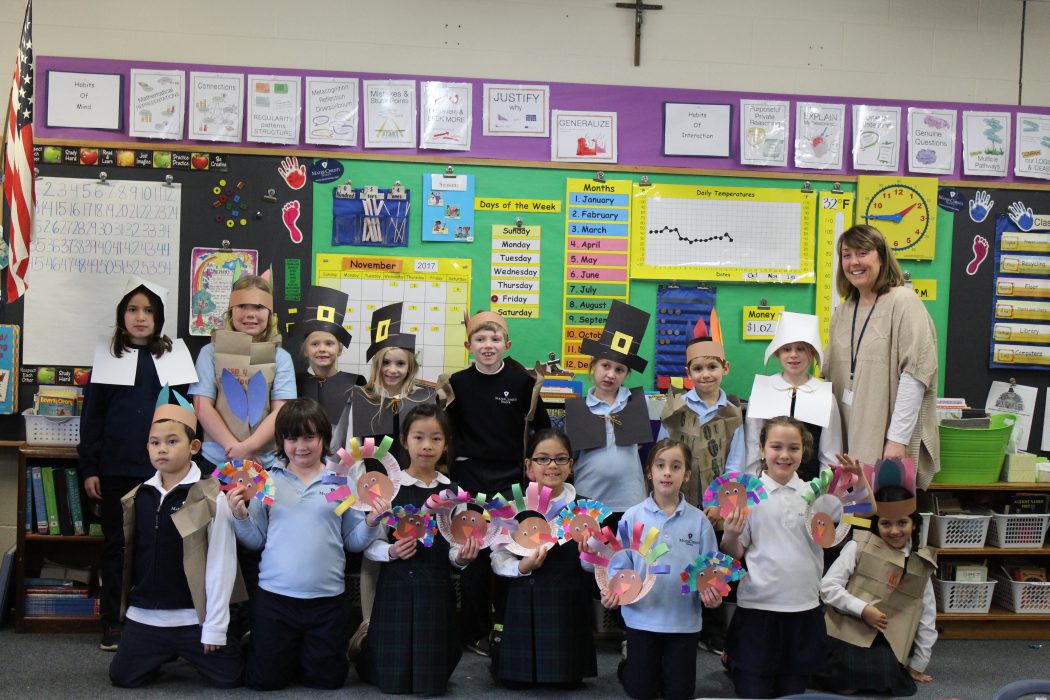