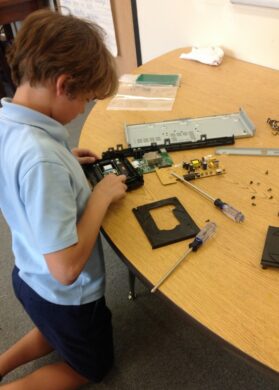 Members of the Bulldogs Robotics Club hacked electronics at their last meeting. Using multi-meters provided by a PTO grant to the Makerspace, and circuit boards and components donated by Greensea, club members built custom circuits. Working in small groups, students identified traces on disassembled circuit boards and soldered salvaged components into them. Circuits included LEDs, resistors, beepers, switches, potentiometers and a power source. Future circuits will include transistors, capacitors, sensors and an Arduino microcontroller. The club has several Arduino microcontrollers available for students to use, and we are working toward creating programmable machines for the “Internet of things”.

Our next big project is building a fire breathing aquatic robot for the ChampBot Challenge at Shelburne Farms in the fall. The club meets Thursday and Friday during study hall and is open to all students in grades 6­-8. 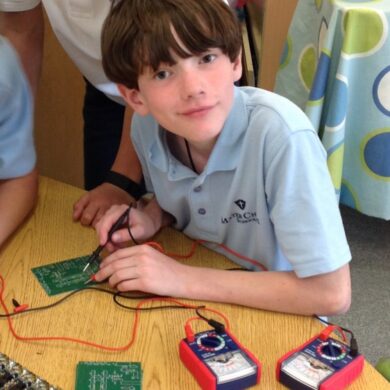 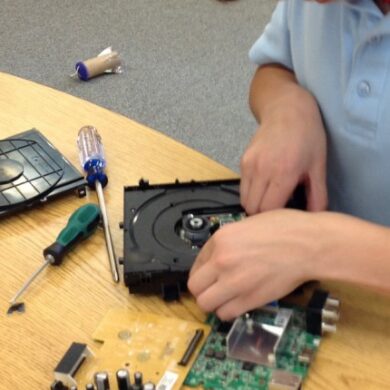