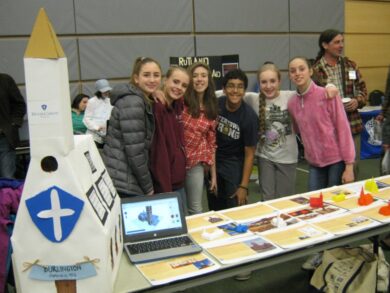 For the 2nd year in a row, Ms. Julia Melloni and the Mater Christi School 8th grade students competed at The High School and Middle School Olympiad of Architectural History in Vermont at VT Tech College in Randolph on Friday, March 25. The statewide project gives students an opportunity to research and design Vermont historic buildings.

To closely tie this project to the MCS middle school religion curriculum, Ms. Melloni’s students had to choose historic buildings of worship that they researched, designed using 3-D modeling software TinkerCad, and printed on Mater Christi’s 3-D printer in the Makerspace. At the competition, only teams of 2-10 students could be present, plus an advisor. Mater Christi School had 6 student representatives present, and the team won a People’s Choice Award for their projects. The 3-D buildings that students created will be embedded into Google Earth. 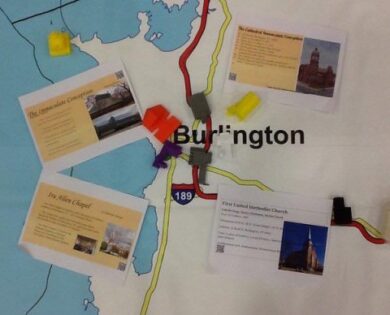 Some of the buildings chosen by the students were the gothic structures of St Paul’s Episcopal Cathedral and the Catholic Cathedral of the Immaculate Conception, both of which had burned in the early 1970’s. Other students chose the more modern Cathedral buildings. These buildings raised some controversy when first built because of their style which was in strong contrast to the earlier gothic design.

Other students made 3-D models of the Unitarian Universalist church in Burlington, St. Joseph’s Co-cathedral, St. Anthony Church, Ira Allen Chapel at UVM, The Catholic Center at UVM, and the Sacred Heart Chapel at the Sisters of Mercy convent next to Mater Christi School on Mansfield Avenue in Burlington. 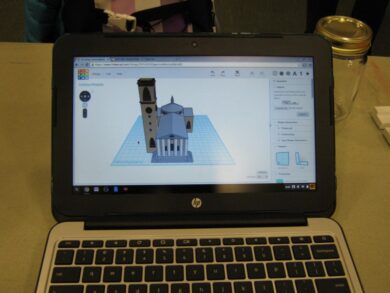 To provide some practice in noticing the details of various types of architecture, Ms. Melloni brought the students over to the Sacred Heart Chapel in the convent where they took many pictures with their Chromebooks of the arches, statues, pedestals, balcony, stalls (where the Sisters sit/kneel for services) and incredible stained glass windows. After the students became more aware of not only architectural models, but, perhaps, more importantly, of their meaning and uses, they were free to continue the research and the rest of the work needed to complete their chosen building. 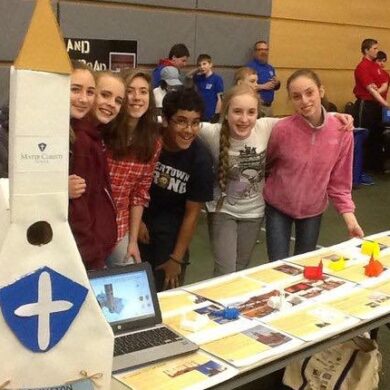 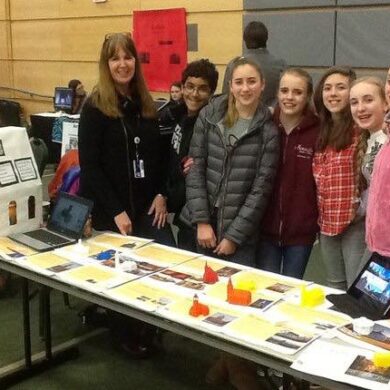 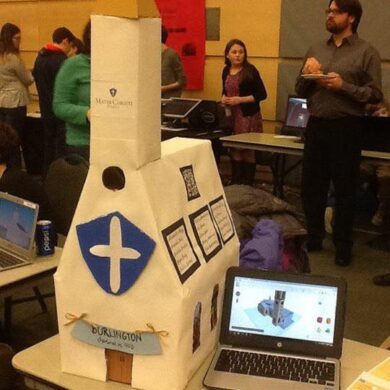 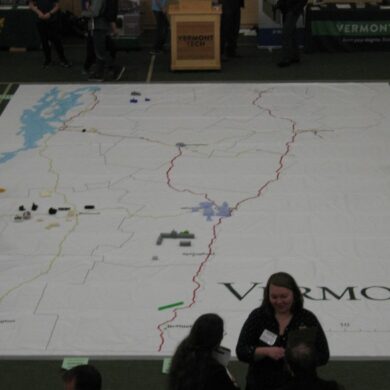 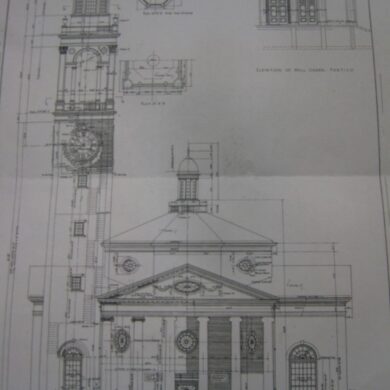 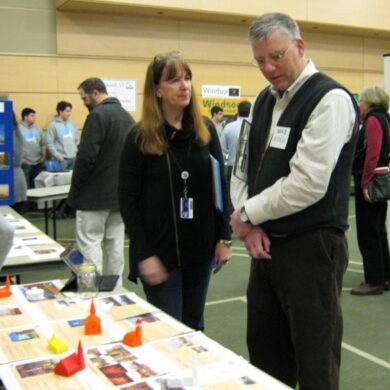 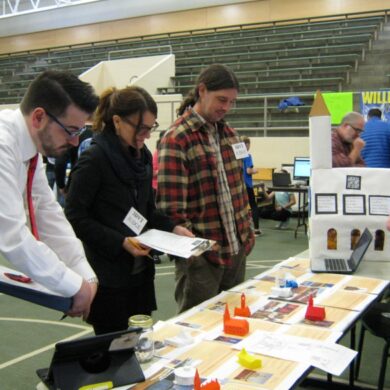 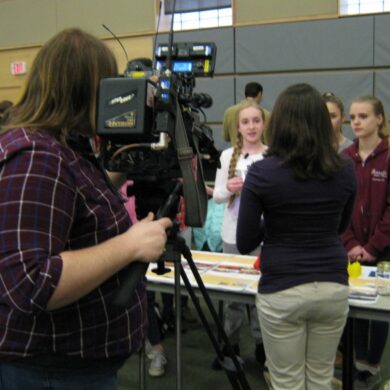