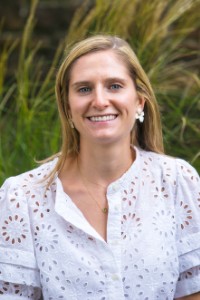 Maura Sanborn grew up in Wilmette, Illinois about 30 minutes north of Chicago where she attended Catholic school from kindergarten through high school. After high school she went to Boston College where she majored in Communications and General Education. While attending BC, she tutored at an after school program in Boston that confirmed her desire to work with kids in a school setting. She moved back to Wilmette to complete a master’s program at Northwestern University in elementary education. After graduating, Maura accepted a job teaching 3rd grade at a Catholic school in Wilmette. She then taught 1st grade at a Catholic school in the city of Chicago for two years. At Boston College she met her fiance, Pat, who has been working in Burlington for the past four years. After doing long distance for several years, she decided to move to Burlington and accepted a job at Mater Christi. In her free time Maura enjoys running, doing yoga, and cooking new meals. Maura is so excited to be in Burlington and joining the Mater Christi community!