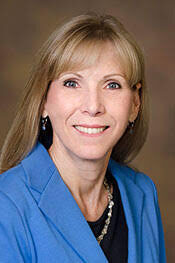 Manon has enjoyed a long tenure with the University of Vermont and the UVM Medical Center, where in addition to her current position, has served in several key development roles; 2013-2017 as senior director of development for the UVM Cancer Center, 2005-2013 as senior director for major gifts at the UVM College of Medicine and is credited with securing transformational gifts that launched several key programs, including the UVM Center on Aging, the Clinical Simulation Laboratory, and numerous endowed faculty positions. O’Connor also served as interim director of development for Fletcher Allen Health Care, now the University of Vermont Medical Center.

In addition to her professional appointments, Manon has been a longstanding community volunteer having served on several boards including the YMCA, Lund Family Center, the Cancer Patient Support Program as well as civic organizations including the Burlington Business Association and the Chittenden County Transportation Authority.

Manon resides in South Burlington with her husband John and has a daughter, Mater Christi alumna, Alison O’Connor Sutherland, and step-son, John Crabbe.