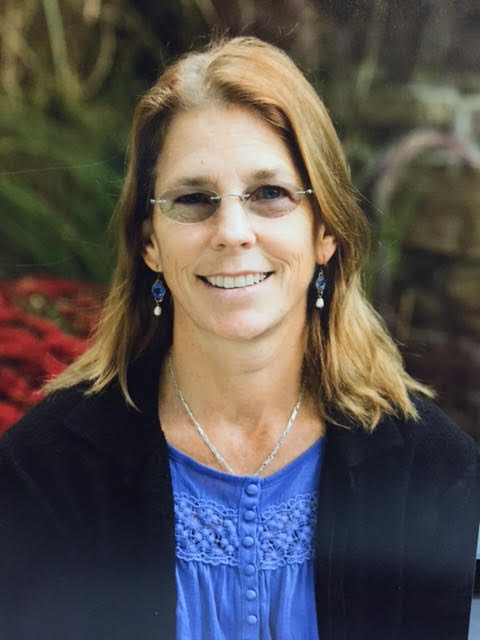 In 1977, I started the Mater Christi school band program shortly after graduating from UVM where I studied music education.
I also directed the bands briefly at Christ the King School, St.Francis school, and Colchester Middle School. For a short time I was the conductor of the Burlington City Band and then started the Richmond Community Band where I directed the band for ten years, and continue to enjoy playing in the band.

In 1999, in addition to teaching at Mater Christi, I started teaching band, jazz, pep band, and drumline at Rice Memorial High school for several years. In 2015, I became the general music teacher at Mater Christi school, while maintaining the mcs band program as well. I play trumpet and saxophone in a band called “Still Kickin”. We play at weddings, and many local events.

My husband, Marc, and I have been married for over 33 years! Marc is a trial lawyer at Downs, Rachlin, Martin in Burlington, and a Rice graduate. We have two boys who are both Mater Christi alumni, and both participated in band. Lincoln, is a physician in Family Medicine, at The Community Heath Center in Burlington,VT. He and his wife, Kiona, reside in Charlotte with their son, Wilder, born in 2014. My son, Marshall, is a Graphic designer and professional skateboarder in San Diego.

We have two cats, two dogs, chickens, a 120 gallon fish tank, and a big garden.